Some thoughts on waag_rel001 from Tom Laird 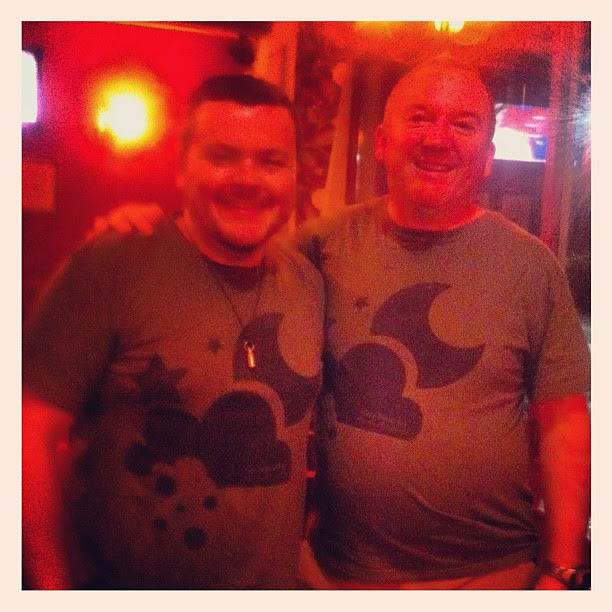 On Wednesday night I met up with Austin Radio DJ Tom Laird aka @progscot... he was over in Scotland and I grabbed the opportunity to meet up with him. It was a fab night with more on in available over on my blog.

Whilst I was there I did do my bit to promote the net label and, predominately, the inaugural Cousin Silas release... knowing in my gut that "The Path Between The Trees" would be Tom's kind of thing. Below is an email I received from him last night. It kind of speaks for itself:

I am not the best reviewer but I really like this release. I like the different genres that are performed.....Dark Ambient, Cinematic pieces, piano/guitar/soundscapes. All in all it is a really nice album.


In One Corner - Outstanding piano so simple and beautiful. Love the clicks and glitches in the background. Great opening track.

Of Ancient ways - Nice mixture of keys and guitar and those wispy soundscapes in the background. Nice sound panning too.

Beneath The foundations - Dark ambient, what else is there to say. never been good at describing dark ambient but the dark ambient music on this release is very listenable.

The Path Between The Trees - As above, bit less dark......twilight ambient if you like. Really nice textures.

Rediscovered - Great beats and rhythms on this track. Big wide sound field that gets filled with those swirling soundscapes.

Strange Qualities - Very dark ambient track, and i can sense a touch of melancholia as well. Never lifts itself, always on the downside.

Lost Images - This piano/guitar mix really works for me on this album and this track is just beautiful.

The Sealing Of The Pothole - Dark ambient with more going on in the background. More industrial in sound i feel.

Diversions - Nice rhythm and there is primarily guitar playing. More free form sounding with not a lot of melody.


So there you have it, I think it is an excellent release. But there are two sides to Cousin Silas, maybe even a bit of Bipolarity going on somewhere. One one hand is the dark ambient stuff and then on the other it is guitar/keys/soundscape which are cinematic in nature but stunning musicianship on these tracks.

Thanks for releasing this, i look forward to more like it.

Both Cousin Silas and I are over-the-moon. Our thanks to Tom for taking the time to listen and express his feelings on the music featured. It is appreciated.