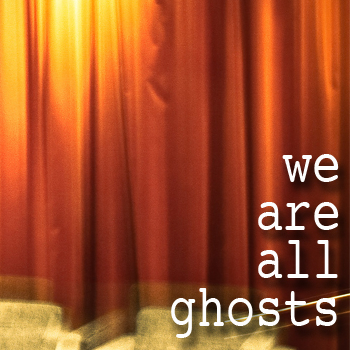 Founded by music fan Thomas Mathie aka Headphonaught as a means of giving back to the independent music community...... weareallghosts is a small netlabel & private press based in Motherwell, Scotland; that specialises in ambient electronic soundscapes but is open to other styles of music.

For the record...
We are not associated with the band "We Are All Ghosts" nor are we connected with the Ghosts Collective or their tumblr.

Neither are we named after the short story by Peter Darbyshire published in Innsmouth Press... although we would recommend it... or named after the Daphne du Maurier quote...


“We are all ghosts of yesterday, and the phantom of tomorrow awaits us alike in sunshine or in shadow, dimly perceived at times, never entirely lost.”

...although it is a cracker of a quote.

The inspiration for the name came from the song "plough the tide" by Mender and I am grateful to Ash for such a great song.