Presenting ... Music For The Dark Days (waag_rel153) by EISENLAGER MARIANI 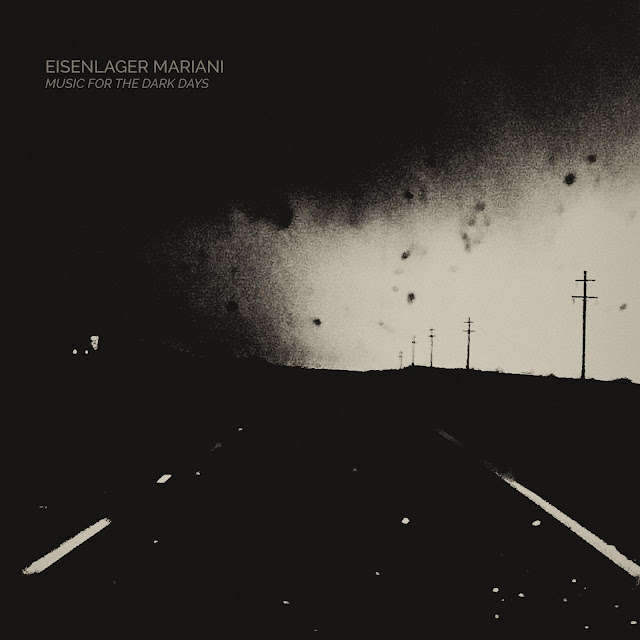 What better way to start 2022 than with "Music For The Dark Days" ... an EP from the collaborative partnership of electronic musicians EISENLAGER and Sergio Mariani aka EISENLAGER MARIANI.

"Music For The Dark Days" features four exceptionally beautiful ambient electronic tracks that expertly convey the dark days of winter ... the cold, biting wind and incessant, uncomfortable darkness ... the beating of your heart as move slowly, struggling with deep snow ... that sound of silence as the snow carpets the world around you ... all expressed in the merging of two minds into one sound. I honestly don't know where EISENLAGER ends and Sergio Mariani begins (and vice versa) ... and that is such a good thing!

"Music For The Dark Days" is a wonderful start to the year, one that I will come back to over the weeks and months to come. I hope you will come to cherish it too.

As before, a 320kbps version of this release will be available, for free, over on Archive with a lossless version available on Bandcamp for ‘pay what you want’. 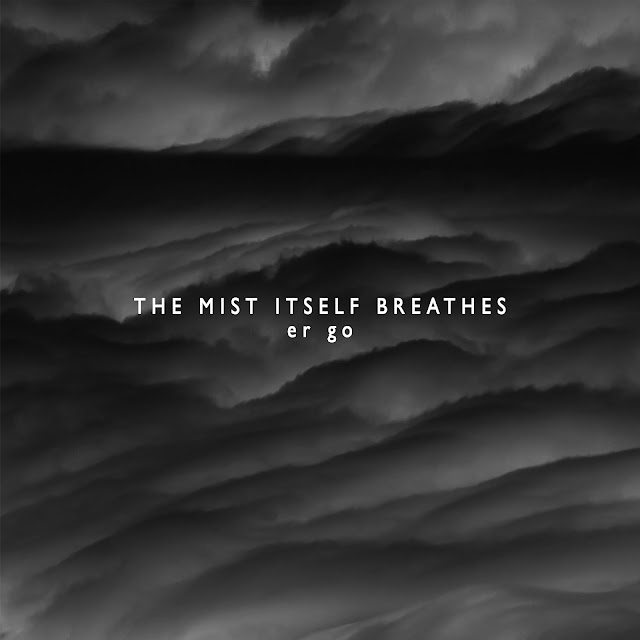 It's been a while since our last release and I wanted to ensure that we finished the year with this wonderful longform piece from er go.

It's been a tough couple of months for me personally and I can only thank Eric Goldman aka er go for his patience, having initially contacted me back in late September.

It seems almost fitting to release this album a week after the Winter Solstice ... for as we climb out of the darkness physically, we do so metaphorically too. The worst is behind us and we can look to brighter days ahead.

As for er go's latest on weareallghosts, "The Mist Itself Breathes" ... it is a wonderfully immersive longform ambient piece that reminds me of William Basinski's "The Disintegration Loops".

Please put on some headphones and let the music in ... I certainly didn't regret it when I first listened to it.

As before, a 320kbps version of this release will be available, for free, over on Archive with a lossless version available on Bandcamp for ‘pay what you want’. 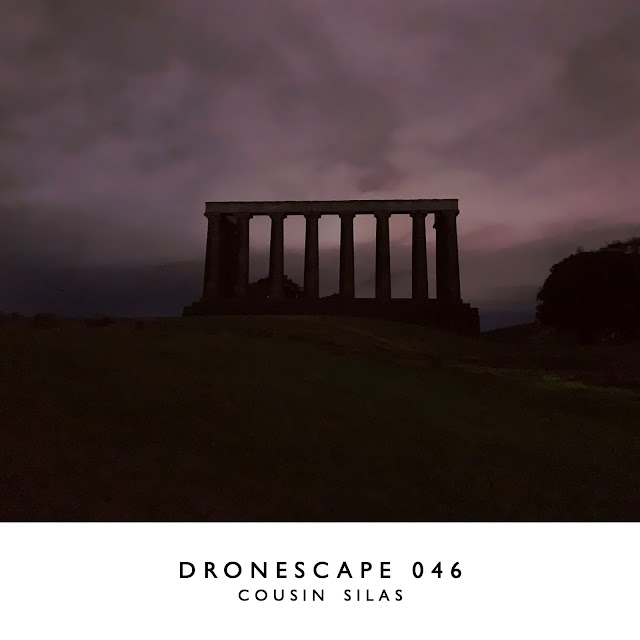 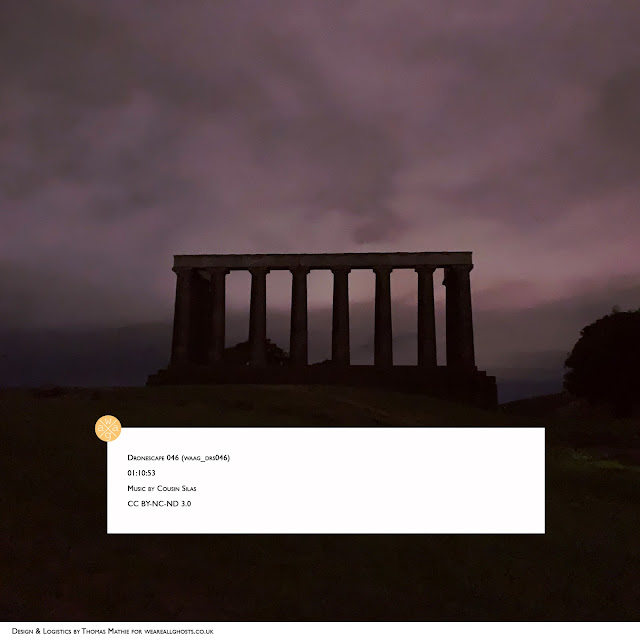 It's been over a year since we had the last Dronescape from Cousin Silas ... and in that time he's been very busy expanding his body-of-work over on his Bandcamp page (cousinsilas1.bandcamp.com) as well as with his "...and friends" collaborations here on weareallghosts.

I do love his longform pieces and continue to listen regularly to the Dronescapes he has released here ... as well as the Emporium drone series that he self-publishes.

Nothing beats a continuous, unbroken stream of music for concentration and flow ... especially when working from home. I find longform audio to be very engaging and Dronescape 046 is no exception: waves of sound ... light, airy and free ... gently envelop the listener and provide a simply timeless place to be.

Please take some time out to listen to Cousin Silas' latest Dronescape, I doubt you will regret it. I certainly haven't.

weareallghosts is funded through the money we receive for albums and dronescapes such as this. For us to realistically continue to put out this level of quality in the quantity that we do, we need to levy a small charge for some of our releases. Please help out by buying the dronescape.

That said, if you aren’t able to then please note a 320kbps version of this release is available over on Archive for free. 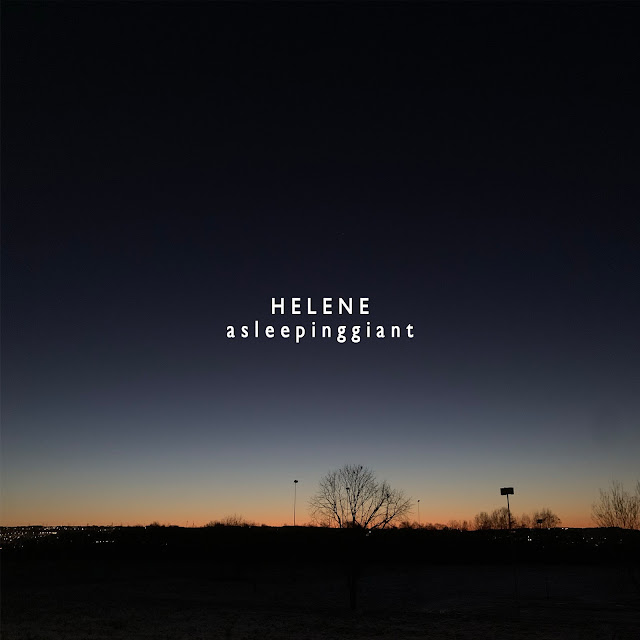 Sometimes music evokes feelings and feelings in turn evoke music. I have always tried to put as much of my feelings as possible into my music. I want to tell stories or rather make untold stories heard.

This whole album is based around death, loss, grief and despair. While most of the tracks were made a few months ago, after the untimely passing of my mother I felt I needed to make some more music just to try and cope with the situation. This how the title track and "We are all ghosts" came into place. The latter of those tracks features a short poem by Thomas Mathie which I also included in a farewell letter to Mum.

Helene was my mother's middle name and so I felt it was appropriate to name the album after her. It features a very reduced setup, consisting of Android apps, my electric guitar, field recordings of a nearby forest or my cat's purring as well as my air conditioning.

I'm sure my mother wouldn't have liked my music itself but she would be quite content with me doing what I like and maybe being there for others as well.

When Ben Room approached me with a demo, I was intrigued. I had recently reconnected with Ben and was interested in hearing what he had composed. I was absolutely delighted to note the album he had sent on hit the right spot in terms of what I look for with weareallghosts and emphatically agree to release what he had submitted.

Then tragedy struck and Ben's mother passed away. I was rather moved by the tribute Ben gave his mother and, inspired, I penned a short poem for him as a way to give my condolences. Not only did Ben read this poem at the Service of Remembrance held for his mother, he has incorporated it into the album you have in front of you, "Helene (waag_rel151)".

We all handle death and loss and grief in different ways ... and I greatly admire Ben for channelling all these feelings into this album, especially the title track, "Helene", an engaging 22-minute longform ambient piece ... and "We are all ghosts", where Ben recites the poem I sent him accompanied by a deeply layered and discordant soundscape that is expertly overlaid with birdsong and other found sounds.

I really hope this album speaks to you as it has done me?

As before, a 320kbps version of this release will be available, for free, over on Archive with a lossless version available here on Bandcamp for ‘pay what you want’. 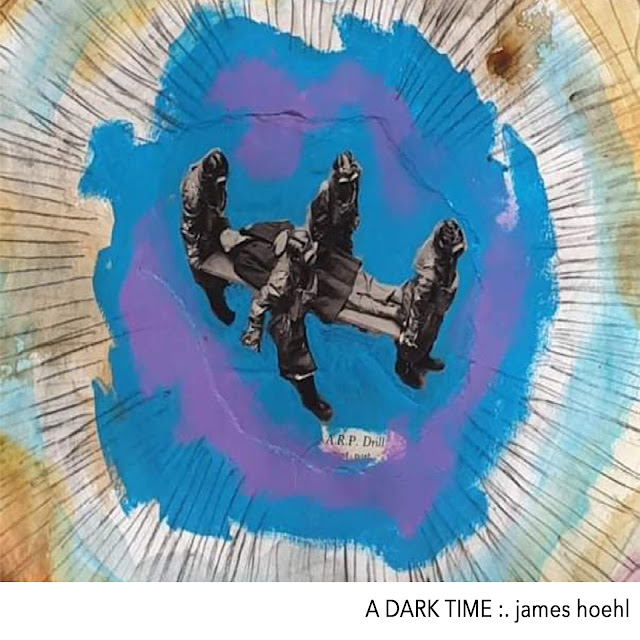 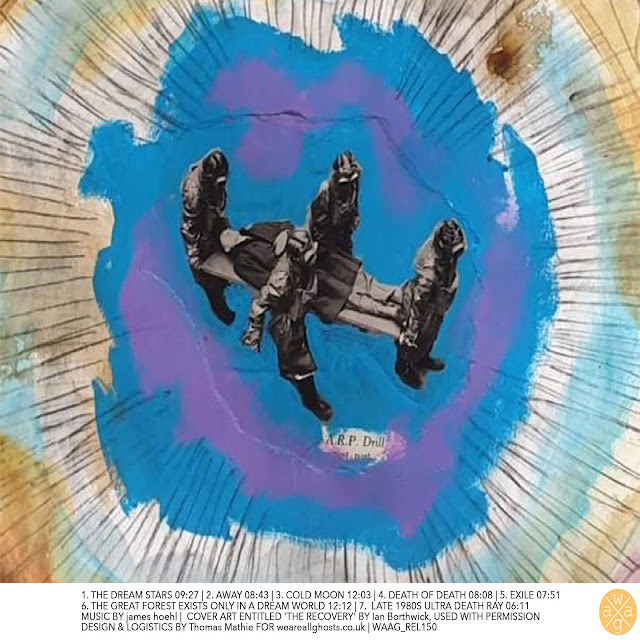 It's been a while since the last release on waag ... and in this time James Hoehl has been busy creating a wonderfully dark and deeply atmospheric ambient album that sits effortlessly with the darker music that have come before it.

My love of atmospheric ambient music is well known and "A Dark Time" is a welcome addition to my personal rotation ... it is evocative and immersive, it entices me in with the opening track - "The Dream Stars" - and holds my attention to the closing of the fascinatingly titled and very vivid "Late 1980s Ultra Death Ray".

I am grateful to James for his faith in waag.

I am also grateful to Ian Borthwick whose piece, The Recovery, he kindly allowed for the cover art of "A Dark Time". Please check out his Instagram - @beattockboy - for regular inspiration.

As before, "A Dark Time" will be available for free over on Archive.org ... and for "pay what you want" on Bandcamp. 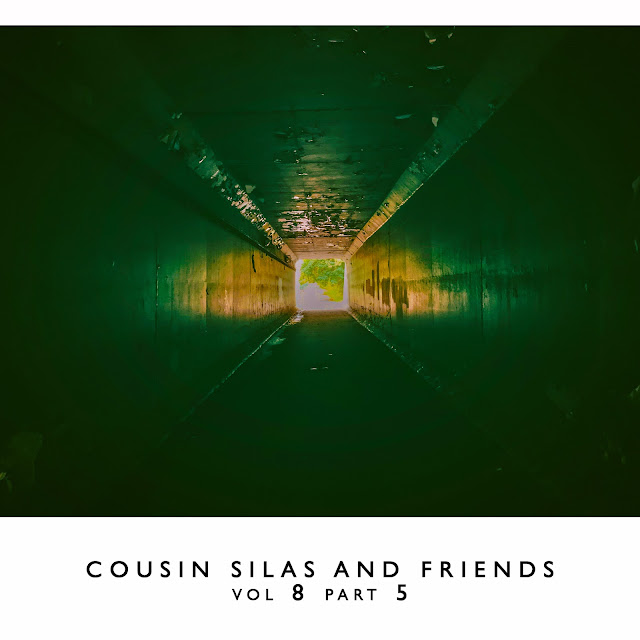 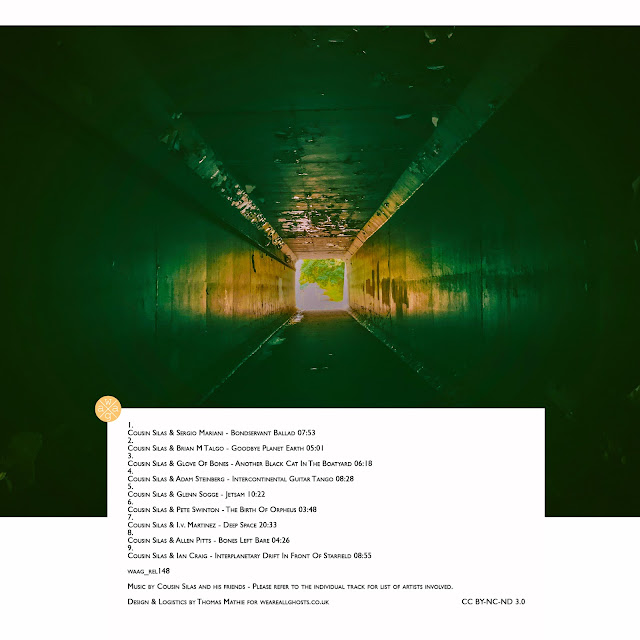 At the start of British Summer Time, we are grateful for the lighter nights ... we have hope in the UK for the future and, as vaccinations continue, we see light at the end of the tunnel ... we'll soon be out of this period of darkness.

I've said it before but this volume really does get better and better.

As with the previous parts, there is just so much beauty on this album and I, for one, think our world needs this right now.

PS ... Volume 8 in all its parts will be "pay what you want" ... I would rather you download this album for free and pay it forward by using the money you may have spent to donate to a charity doing something positive in these strange days.

I also want this album to be accessible to folks who may have financial concerns as a result of the pandemic ... please take the album for free and may it be a help and blessing to you in these uncertain times. 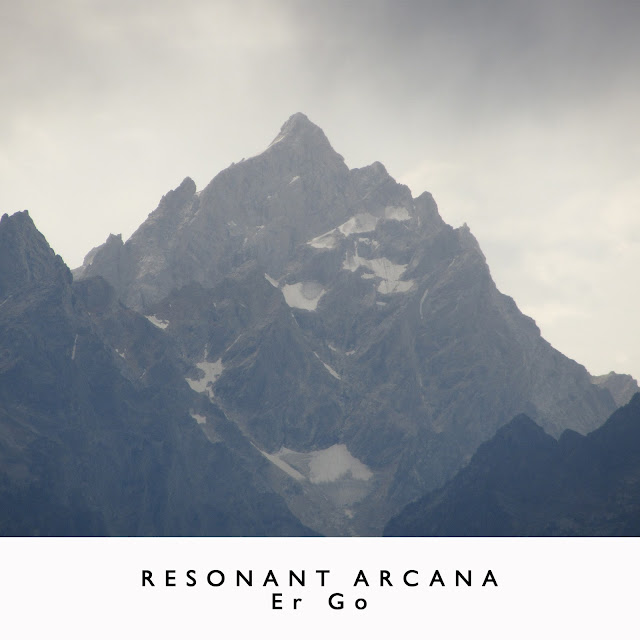 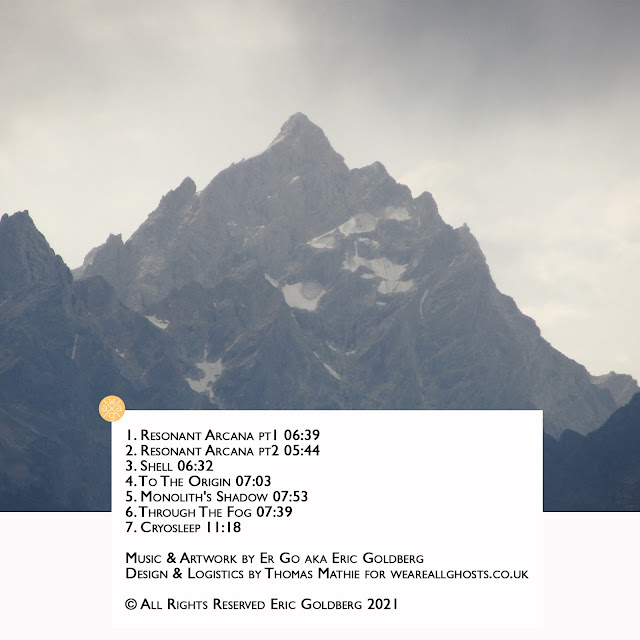 "Resonant Arcana (waag_rel147)" blurs lines between ambient, neoclassical, experimental electronic, and shifts effortlessly between them ... it explores a pensive and melancholic sound-world that balances orchestral instrumentation, dynamic synthesisers, and esoteric audio manipulation ... and differs from my first album with a darker tone and wider sonic palette. "Resonant Arcana (waag_rel147)" retains the same emphasis on harmonic and textural richness as "Into Air (waag_rel134)", and keeps a restrained melodic sensibility within its ambient leanings ... all seven tracks ebb and flow between movement & stasis, curiosity & contemplation, tension & calm.
- Eric Goldberg aka Er Go

I am proud to present "Resonant Arcana (waag_rel147)" by Eric Goldberg aka Er Go. I was, and am, a big fan of "Into Air (waag_rel134)" and welcome any addition to his canon ... I am particularly taken with this album and look to it as a peer to fabulous work we've seen recently from George L Smyth. I also think of recent work Cousin Silas has released in collaboration with James Lowe and am really buoyed by these kind of soundscapes: pastoral and elegant with an expansive richness, a harmonic and textural richness as Eric says, grounded with an undercurrent of melancholia.

As before, a 320kbps version of this release will be available, for free, over on Archive with a lossless version available on Bandcamp for ‘pay what you want’.
- Thomas
https://archive.org/details/waag-rel147