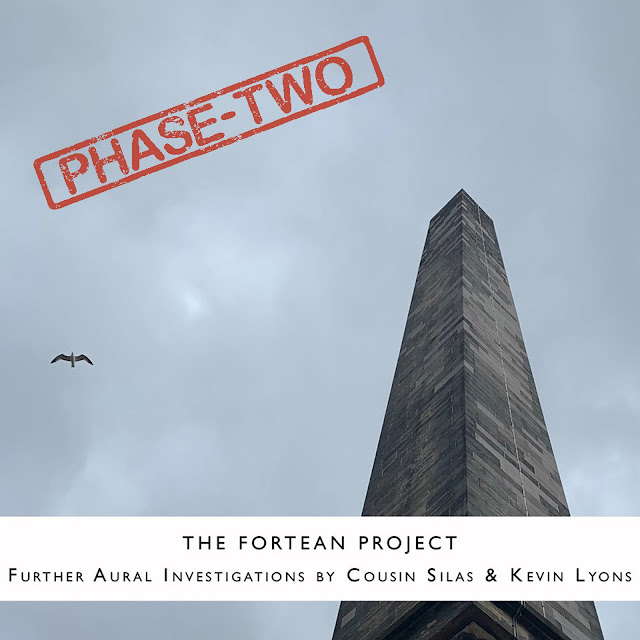 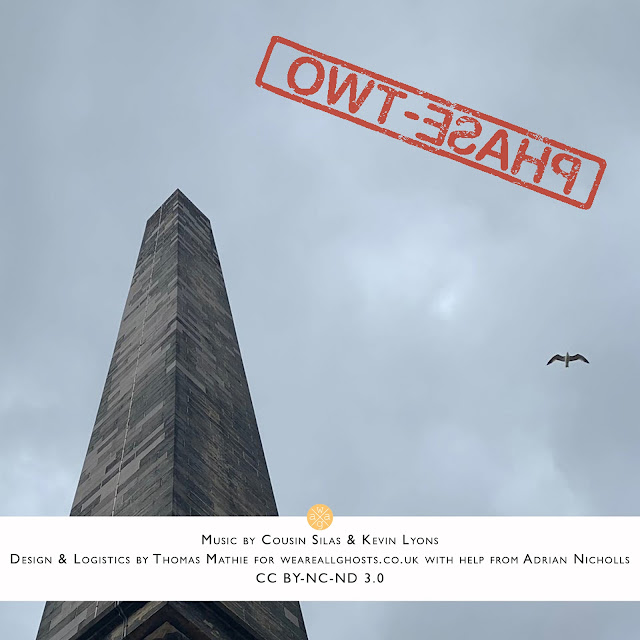 I recently renewed my Audible subscription and have been intently listening to the audiobook I downloaded from the HP Lovecraft Historical Society's anthology, it boasts of being the complete works of HP Lovecraft and it is a most wonderful listen. The HPLHS have invested a considerable amount of time and effort to really make the stories shine, if shine be the right term for such sinister and otherworldly eldritch tales.

If I were to read these weird tales rather than listen to them then I would always seek out some aural accompaniment that would drown out any distraction from those around me. And top of the list of suitable soundtracks would be the further aural investigations of Silas & Lyons.

"The Fortean Project - Phase Two" is the follow-up to their well-regarded collaboration from December, 2018; and consists of a further selection of eerie, slightly ominous dark ambient tracks inspired by the Fortean Times, a British monthly magazine devoted to "anomalous phenomena".

It is a melancholic affair, one for late nights and dark rooms ... a collection of music that is felt as much as it is heard ... an album that is dedicated to the memory of a dear friend & advocate of experimental music, Candy Lozier, who recently passed away.