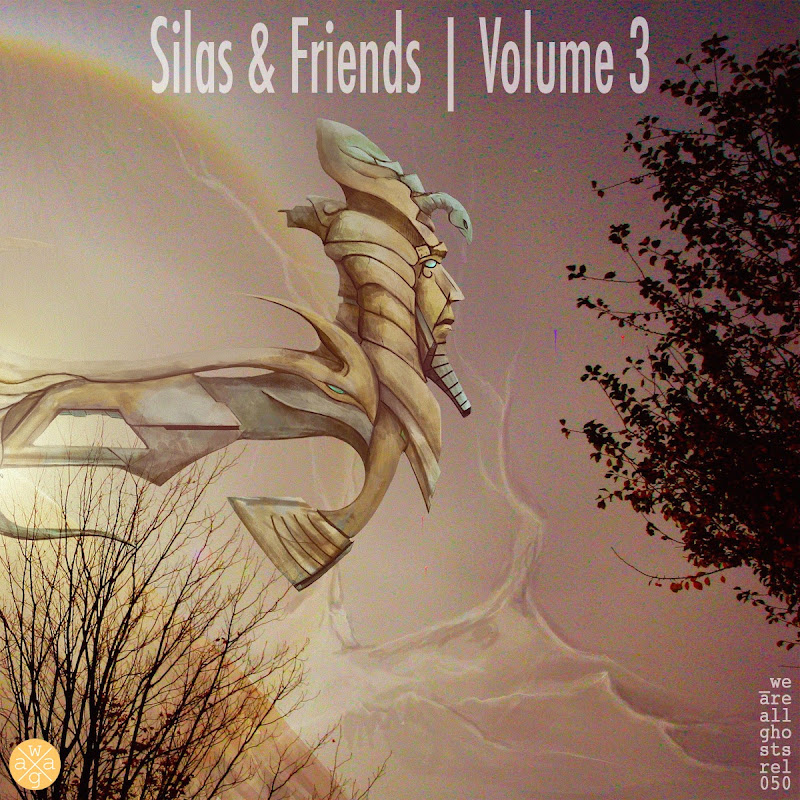 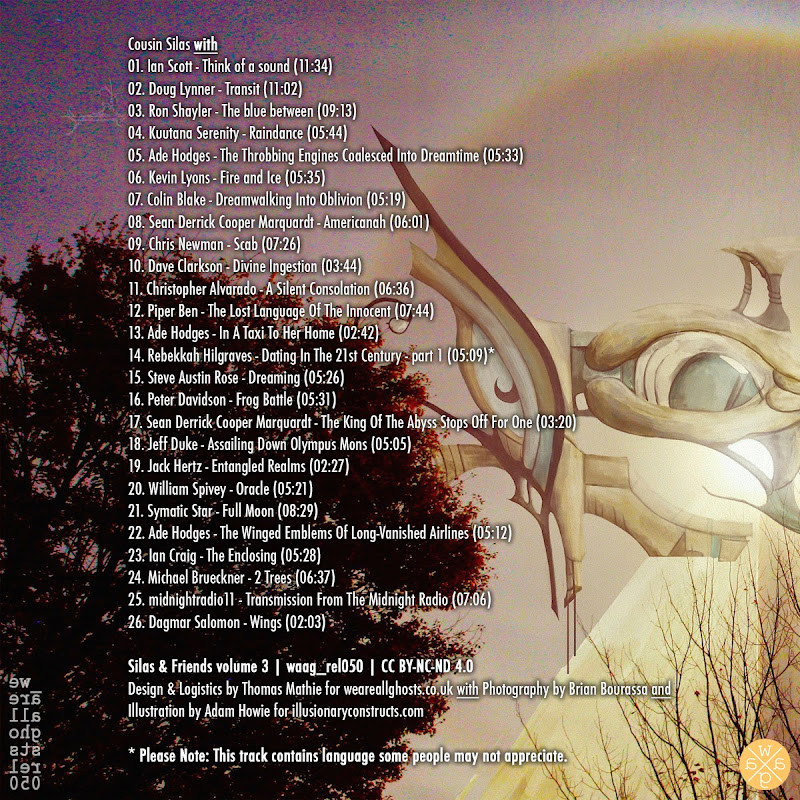 The third volume of collaborations between Cousin Silas and his Friends - Silas & Friends vol.3 (waag_rel050) - is our 50th album release and 82nd release overall on weareallghosts.

It features 26 collaborations with 23 creative musicians and demonstrates the broad nature of ambient music.

Each combination is different ... each interaction releases some special magic, a synergy of effort, that brings out the best in both musicians and produces some truly exceptional music. As a non-musician, I find this utterly fascinating.

It would be unfair to single any one track out as being a highlight. I'll leave that to you, the listener, to do. What I will say is that I welcome this album to weareallghosts and hope you will enjoy it as much as I have.

I would also like to pay tribute to Brian Bourassa and Adam Howie. Adam drew this wonderful illustration over Brian's original photograph. I really like how it has turned out ... especially since I asked Adam to 'do something sci-fi, something Roger Dean' over Brian's original picture. Two wallpapers are attached with the Bandcamp release for the adornment of your PC or Mac, if you so desire.

An MP3 version of this album is available for free on Archive or a lossless version available on Bandcamp for 'pay what you want' which does include £0 ... ... and remember, paying supporters on Bandcamp also get unlimited mobile access to the album using the free Bandcamp listening app.

We are currently finalising the production of our first physical Cousin Silas release ... we have most of the cash required for 'The Sound of Silas'.

'The Sound of Silas' will be a double CD, limited to 100 copies, and will feature a range of music from Cousin Silas including an exclusive mini-dronescape and some remastered 'classic' tracks on one disc and tracks from his recent 'all guitar' project on the other. Any funds raised by Silas & Friends vol.3 will go towards this.

We will post more information regarding 'The Sound of Silas' in due course but for now ... enjoy Silas & Friends vol.3. 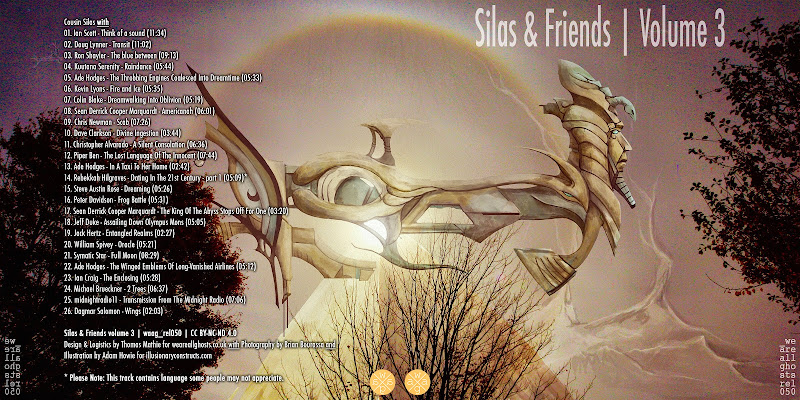 * Please Note: the track by Cousin Silas and Rebekkah Hilgraves contains language that some people may not appreciate.