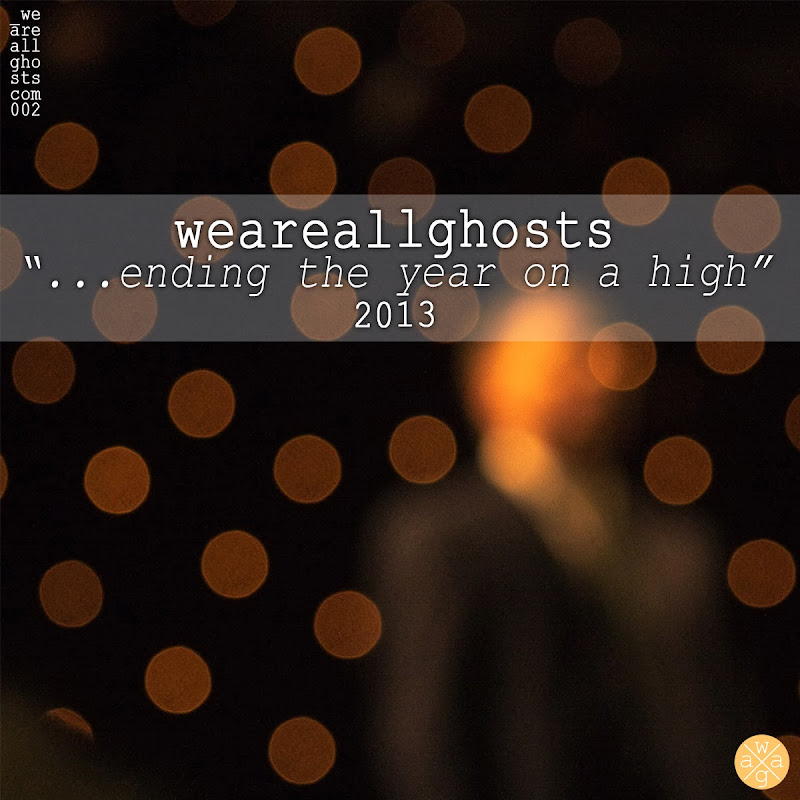 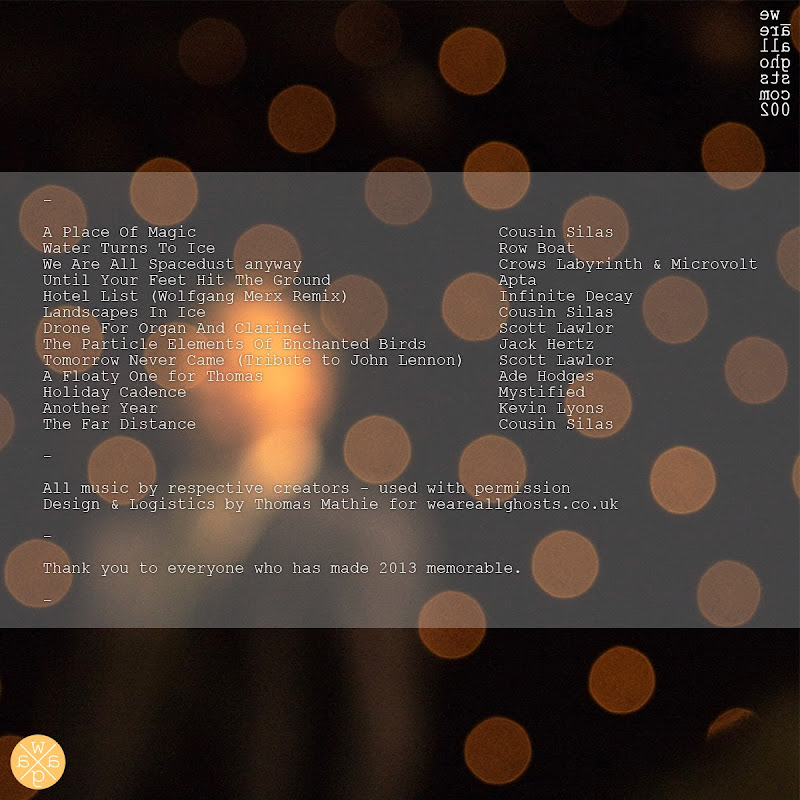 Due to ill health, what was intended as a fitting close to 2013 has now become an opening shot across the bow of 2014 ... and what a shot it is!

When I put out the call for submissions for the end-of-year compilation, I never thought I would receive what I did: tracks from artists like Cousin Silas, Scott Lawlor, and Kevin Lyons - the very backbone of weareallghosts; new creations from Jack Hertz and Mystified - pillars of the Ambient music community; an inspired remix from Wolfgang Merx of a decidedly creepy yet fun track from Infinite Decay; an equally inspired collaboration between Crows Labyrinth & Microvolt; a new track from Apta alongside new music from Ade Hodges - both rising stars in their own ways; and last but not least a contribution from Row Boat, an artist whose post-rock soundscapes have captivated my ears in 2013;

I could not have asked for more.

This compilation, like waag, focusses on ambient soundscapes ... but isn't solely limited to them - we hear beats from Cousin Silas ... vocals from Infinite Decay with a Krautrock twist from Wolfgang Merx ... samples and field-recordings from Ade Hodges ... and post-rock expression from both Apta and Row Boat.

I am proud to have been in some small way the catalyst for this compilation ... and I give it to you for free. It is my way of saying thanks for all the support I have received in 2013 ... support from the artists who make weareallghosts what it is and from our audience who encourage and embrace the creative expression with such enthusiasm. 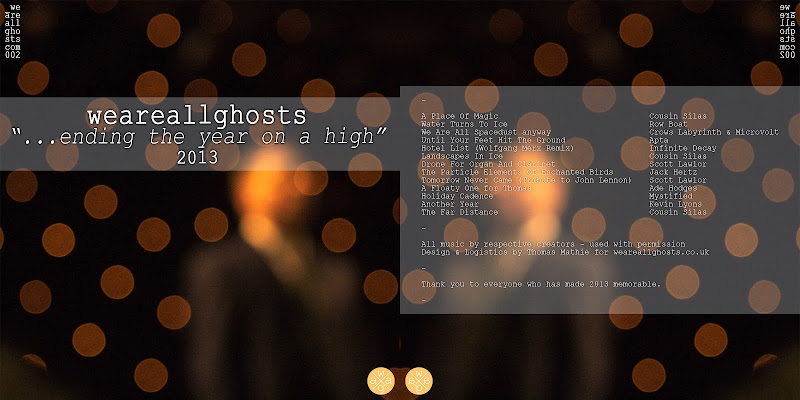