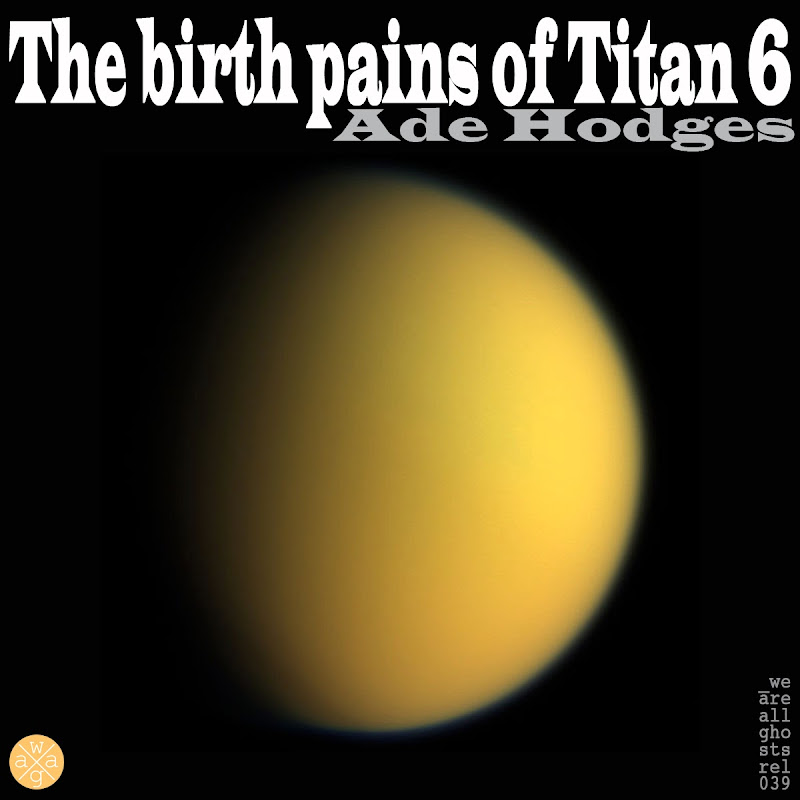 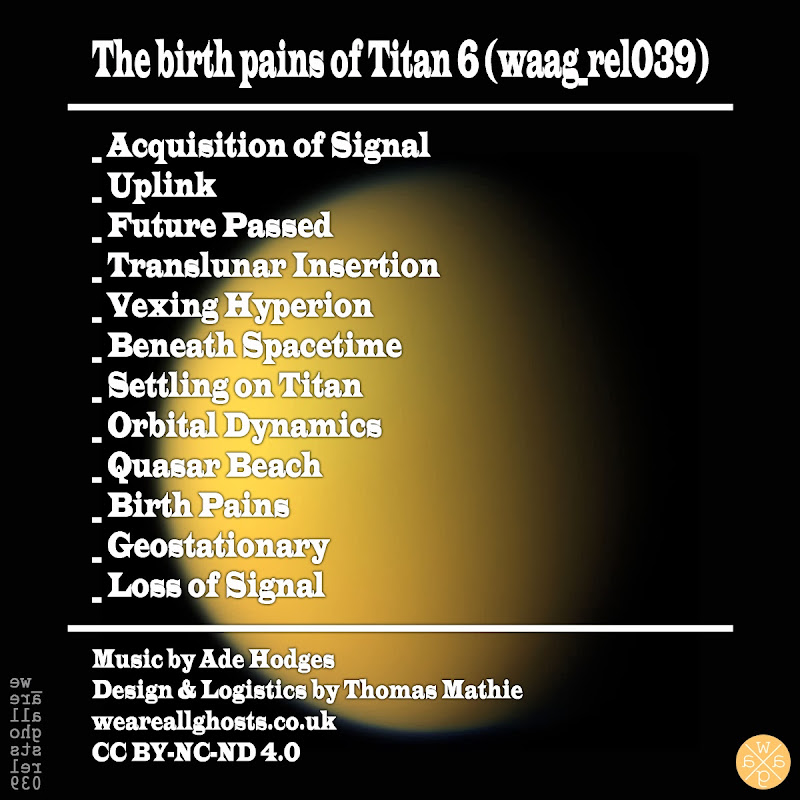 "The birth pains of Titan 6 (waag_rel039)" is the soundtrack to a story that has yet to be told about the ill-fated sixth colony on Titan.

It also marks the solo debut on weareallghosts of a man steeped in both ambient music and pulp science fiction - Ade Hodges.

I've had this album for a wee while and have really enjoyed the themes it presents ... Ade has gone out his way to create an album that could easily be the soundtrack to a cult sci-fi film ... something dark and unsettling.

I particularly like the photo he asked me to use for the cover ... it is a natural colour composite of Titan that was taken during the Cassini spacecraft's April 16, 2005, flyby. According to the Wiki page, it is a combination of images taken through three filters that are sensitive to red, green and violet light.

I am proud to welcome Ade in his own right to weareallghosts and look forward to the future. 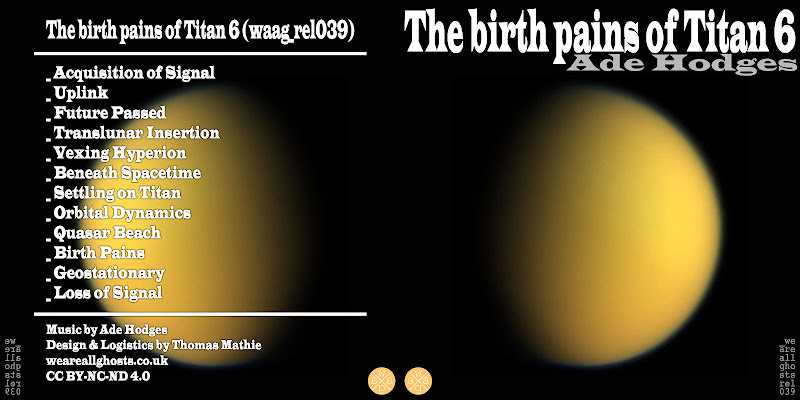