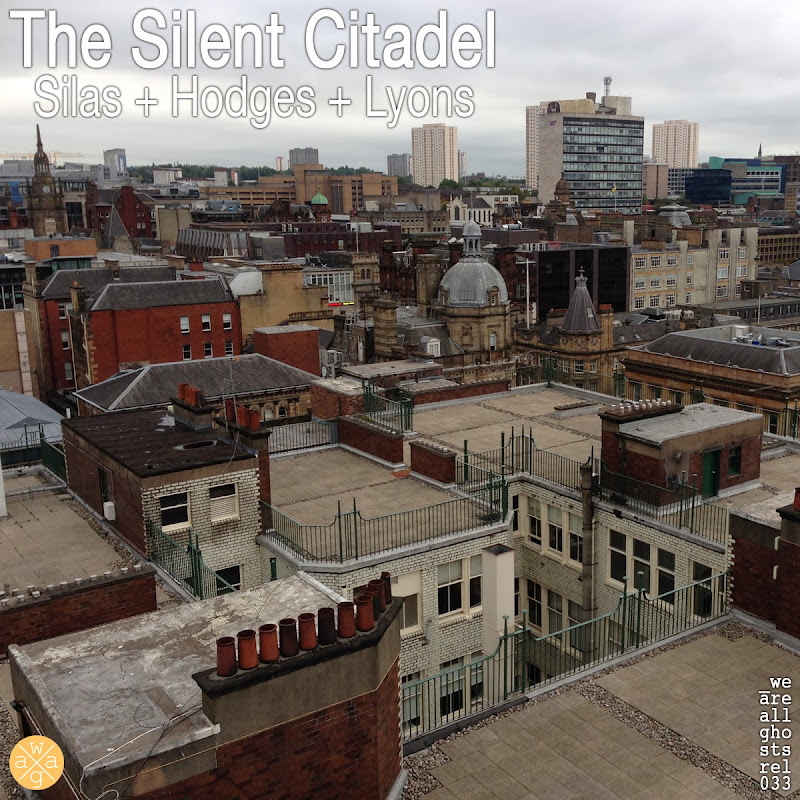 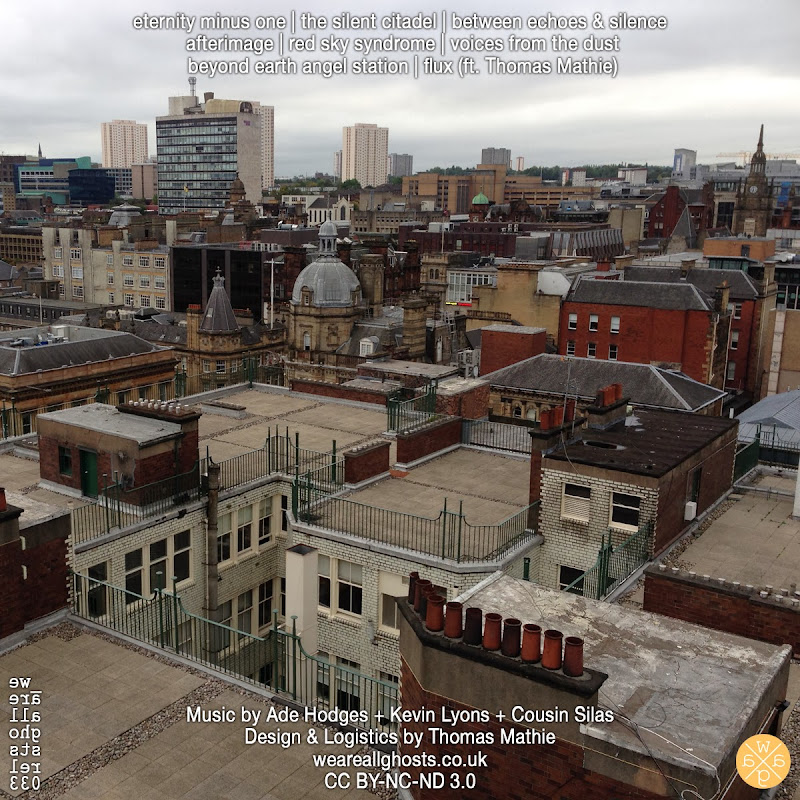 In late August I travelled to deepest, darkest Yorkshire to hang out with Cousin Silas and two of his chums - musician and film geek, Kevin Lyons, and painter and music-fan, Ade Hodges - over a weekend. We filled the days with music and film; sci-fi and books; bacon sandwiches, pizza, and curry; in what was one of the nerdiest weekends I've had in ages. We filled the days so well that we failed to do what we intended: to record, package and release some music.

Instead, we dreamed fantastic sci-fi dreams … hatched plans and generally looked to the future. More practically, I worked on the artwork for Kevin's second release on waag (Seconds (waag_rel027)). We did record something … but nothing like what I, myself, had hoped for.

Thankfully, however, the chaps got their act together when I left (hmm … maybe I was the distraction???) and recorded some wonderfully vivid ambient soundscapes … that, after a bit of spit and polish from our favourite Cousin, are presented to you now for your listening pleasure.

I look back on that weekend with fondness. It was a magical weekend … one I hope to relive. I don't get the chance to talk about 70s prog rock and the cover art of pulp sci-fi novels very often … at least with folks whose eyes don't glaze over almost immediately. It was a special time and, I think, this is encapsulated in the music presented in "The Silent Citadel (waag_rel033)".

The internet is a wonderful enabler for collaboration and Silas is a wonderful collaborator. In fact, the recent "Silas & Friends vol.2 (waag_rel032)" was birthed entirely online. "The Silent Citadel (waag_rel033)", on the other hand, wasn't. It was conceived and created by three blokes sharing the same space and time … working together in such close synchronicity that it was a pleasure to watch. Whilst I didn't get to sit in on much of the actual recording … my name being attached to what was the first real track to come from the session and the only one I was witness to … I did get to experience the chemistry of the group and I can testify to it … whatever 'it' is … being something very special indeed.

I hope you enjoy these tracks as much as I do.

As always, an MP3 version of this album will be available for free on Archive and a lossless version available on Bandcamp for 'pay what you want' which does include £0.

We are currently exploring options for a physical Cousin Silas release. Any funds raised by "The Silent Citadel (waag_rel033)" will go towards this.

We will post more information regarding the physical release in due course but for now ... enjoy "The Silent Citadel (waag_rel033)". 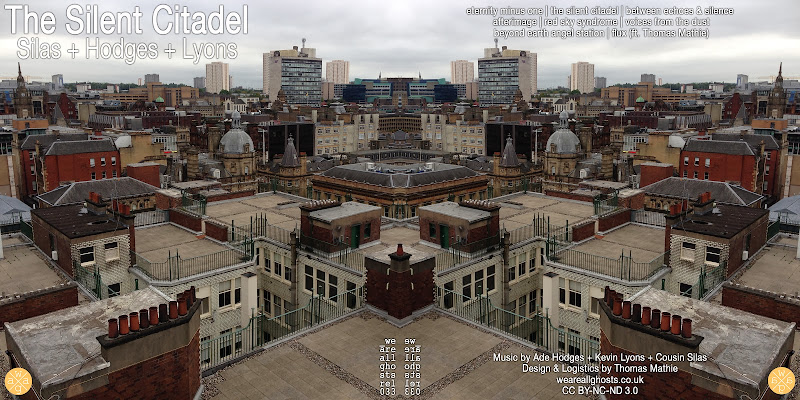