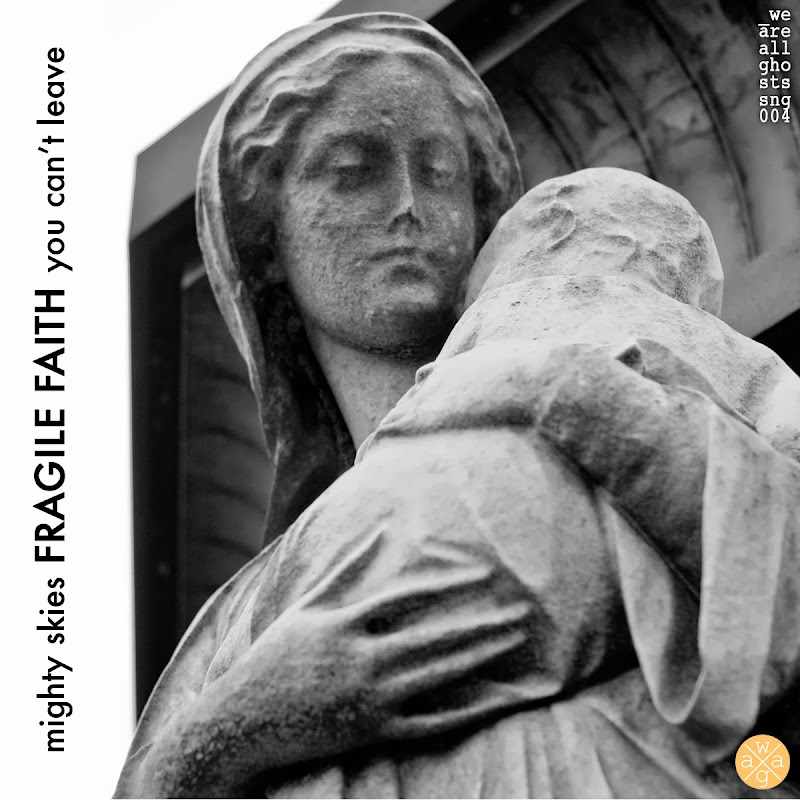 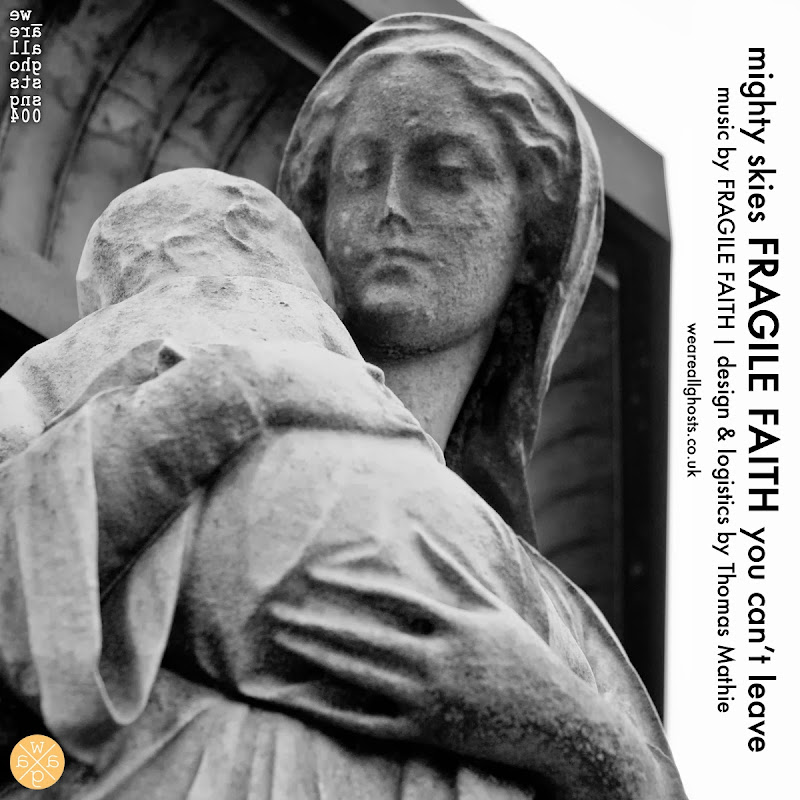 THIS IS NOT AMBIENT

Fragile Faith were a short-lived indie rock / synth pop band from Glasgow who, to my knowledge, only recorded two tracks - "Mighty Skies" & "You Can't Leave".

I used to work with their guitarist/keyboardist, Kevin Cairns. We got talking one day about music and he told me the story of his band from the late 80's. He offered to let me hear the two tracks that remain of his time with the band and I agreed. I was blown away by their raw indie rock / synth pop sound and suggested I release the tracks as a wee free single on weareallghosts.

This is not ambient music. This is not what our community expect from waag but I decided to release it because I believe it is beneficial to mix things up every-so-often. I hope, when you have a listen, you'll hear what I hear … a golden snippet from another time and place. The music presented by Fragile Faith is simply too good to be left of Kevin's hard drive or decaying on an audio cassette.

These tracks will only be available as a free download on our Bandcamp site.