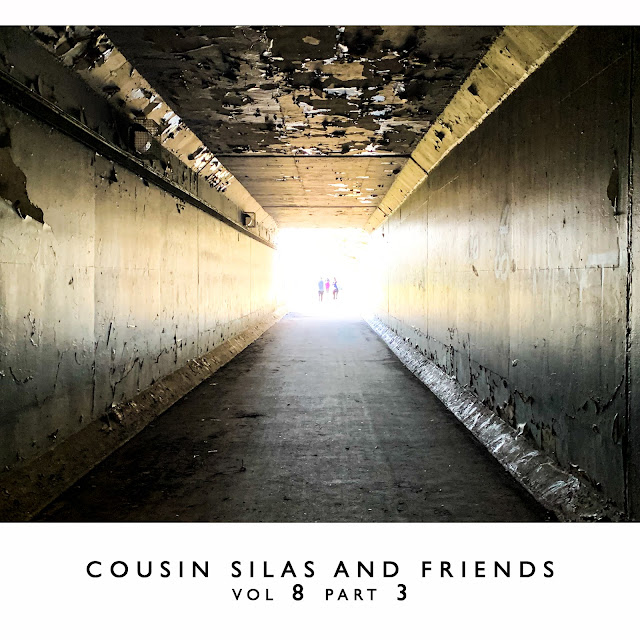 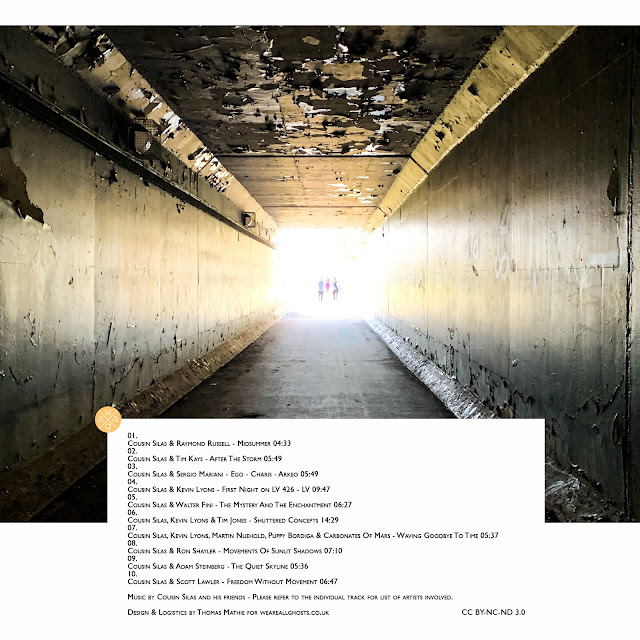 In August, when I released part 2 of this compilation, things seemed to be getting better ... restrictions were being lifted and people were accepting the "new normal".
I didn't think that we would see a resurgence in the virus but we did, and with that came more restrictions.
And now, in September, in the midst of all the renewed uncertainty and worry, I am proud to release another of Cousin Silas' exceptional " ... and friends" albums.
Volume 8, part 3 is the prefect balm for the broken, anxious soul ... it is, for the most part, a predominately ambient affair that kicks off with the truly beautiful "Midsummer" by Cousin Silas & Raymond Russell and takes us on a journey that ends with a transcendental soundscape called "Freedom Without Movement" by Cousin Silas and WAAG alumnus, Scott Lawler. There are beats: Tim Kays' exquisite "After the storm" has a Berlin School feel that is very welcome and the ambient "supergroup" of Cousin Silas, Kevin Lyons, Martin Nuehold, Puppy Bordiga & Carbonates Of Mars take things in a refreshingly different direction with "Waving Goodbye To Time".
There is just so much beauty on this album and I, for one, think our world needs this right now ... may this become the soundtrack to your time at home.
- Thomas
PS ... Volume 8 in all its parts will be "pay what you want" ... I would rather you download this album for free and pay it forward by using the money you may have spent to donate to a charity doing something positive in these strange days.
I also want this album to be accessible to folks who may have financial concerns as a result of the pandemic ... please take the album for free and may it be a help and blessing to you in these uncertain times.
**Tracklist**
01. Cousin Silas & Raymond Russell - Midsummer 04:33
02. Cousin Silas & Tim Kays - After The Storm 05:49
03. Cousin Silas & Sergio Mariani - Ego - Charis - Arkeo 05:49
04. Cousin Silas & Kevin Lyons - First Night on LV 426 - LV 09:47
05. Cousin Silas & Walter Fini - The Mystery And The Enchantment 06:27
06. Cousin Silas, Kevin Lyons & Tim Jones - Shuttered Concepts 14:29
07. Cousin Silas, Kevin Lyons, Martin Nuehold, Puppy Bordiga & Carbonates Of Mars - Waving Goodbye To Time 05:37
08. Cousin Silas & Ron Shayler - Movements Of Sunlit Shadows 07:10
09. Cousin Silas & Adam Steinberg - The Quiet Skyline 05:36
10. Cousin Silas & Scott Lawler - Freedom Without Movement 06:47
Archive