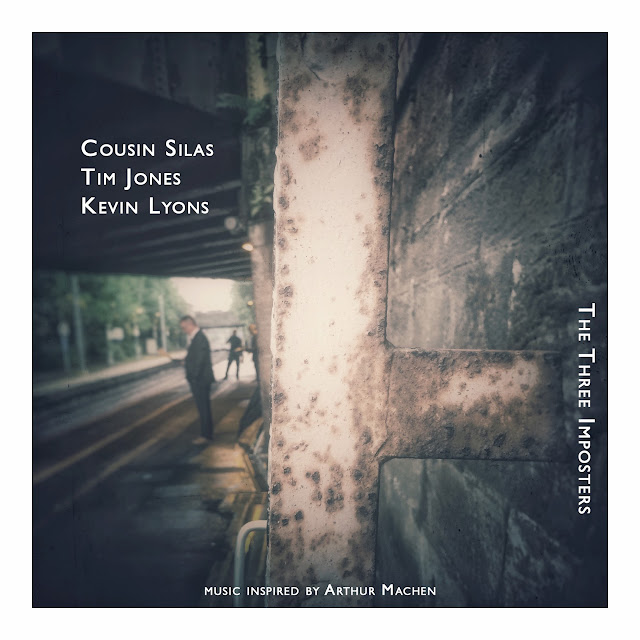 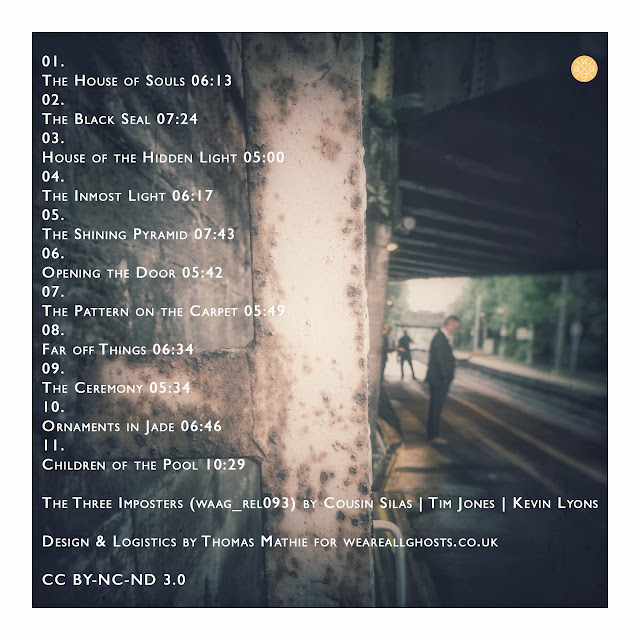 Arthur Machen, the Welsh author of the 1890s and early 20th century, is best known for his influential supernatural, fantasy and horror fiction. Machen’s most famous work - The Great God Pan - is new to me but is the source of inspiration for Cousin Silas, Tim Jones & Kevin Lyons along with the series of short stories that their latest album is named after, The Three Imposters.

According to Wikipedia, The Three Imposters incorporates several inset weird tales and culminates in a final denouement of deadly horror, connected with a secret society devoted to debauched pagan rites. The three impostors of the title are members of this society who weave a web of deception in the streets of London —relating the aforementioned weird tales in the process—as they search for a missing Roman coin.

It is a book that I yet to read but I am inspired to do so because of it’s impact on Silas, Jones & Lyons; who have taken this impact and created the most wondrous of experimental ambient music. Starting and finishing with a refrain played on a hurdy-gurdy - a sound that sends chills down my spine each and every time I hear it - The Three Imposters is as deliciously dark as the richest of chocolate, as engaging and almost as fattening.

The music featured on The Three Imposters was created during a week together earlier this year. I had the privilege of joining the trio for an overnight. The closest they got to debauchery - while I was there - was watching old horror films (one of which provided the hurdy-gurdy refrain), drinking too much coffee and eating pizza. Whilst I cannot vouch for what happened when I wasn’t there, I’m glad they were inspired by Machen in such a way as to create such a delightful selection of electronic ambience.

Thanks to the support of Cousin Silas and Warren Daly … and the wonderful waag community ... I’m proud to be able to offer a 320kbps version of this release for free over on Archive with a lossless version available on Bandcamp for ‘pay what you want’. 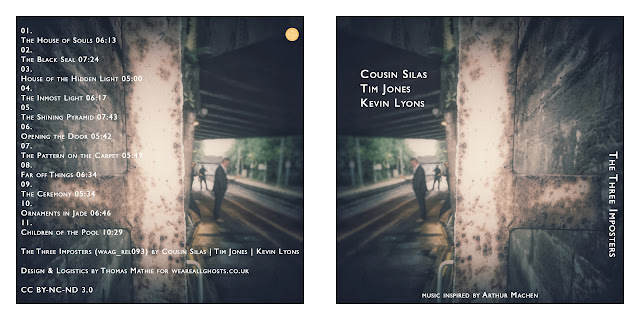