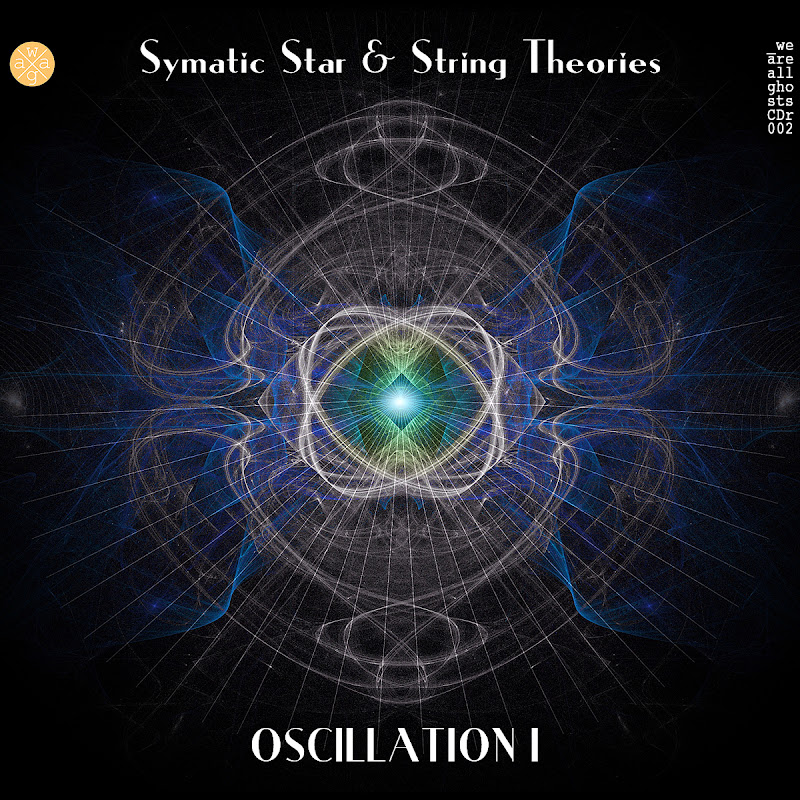 I am proud to announce weareallghosts' second physical release - "Oscillation I" by Symatic Star & String Theories.

From the liner notes:


Collaboration of the kind shown here from Symatic Star and his collective, String Theories, on their first album - "Oscillation I" - is a truly beautiful thing indeed.

Working with waag alumni Stephen Briggs and Cousin Silas, as well as Chris Archibald, Steve Bobs, Disturbed Earth, Dan Minoza, and Darage Bang; under the collective name of String Theories … Simon Walsh aka Symatic Star has created something exquisite: music that is both deeply engaging and expressive ... music that is memorable, not for individual contributions but for the whole togetherness of the pieces presented. Elements of post-rock and "world" sounds combine with expressive improvisation forming atmospheres, the whole interwoven by Walsh's masterful ambience.

String theories is a musical collective where each member contributes to the overall sound using only stringed instruments such as guitar (all), fretless bass and bass VI (Symatic Star) and even the mandolin (Darage Bang); crafting this sound with a range of pedals and software, as appropriate.

This is not a sum-of-the-parts endeavour but a series of genuine collaborations where the seams do not show, where continuity and flow, as values, are both expertly and consistently expressed.

Oscillation I was directed by Simon Walsh with the members of String Theories each contributing to one track. Oscillation II will see the role of director pass to another member with Symatic Star only playing on one track and the responsibility for aural cohesion passed to one of his collaborators.

My kudos to Simon & to the String Theories collective for what has become the second physical product that weareallghosts has put out, a release I am proud to back. 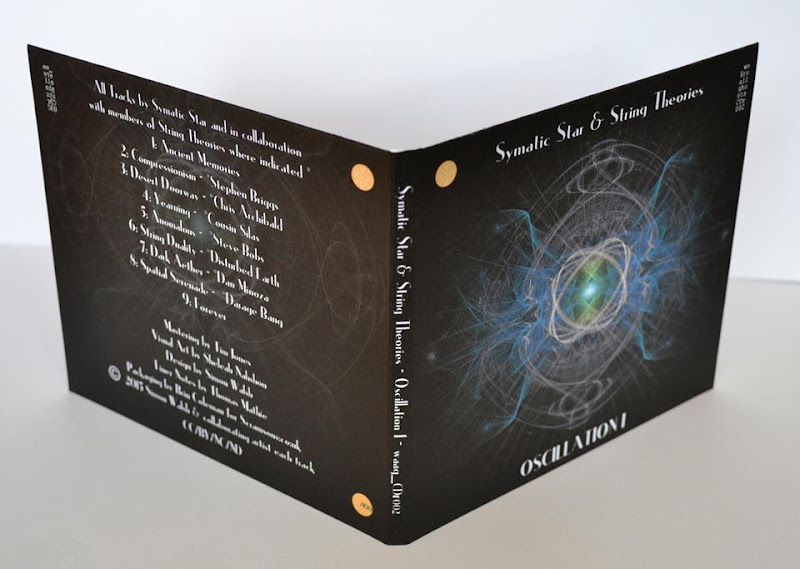 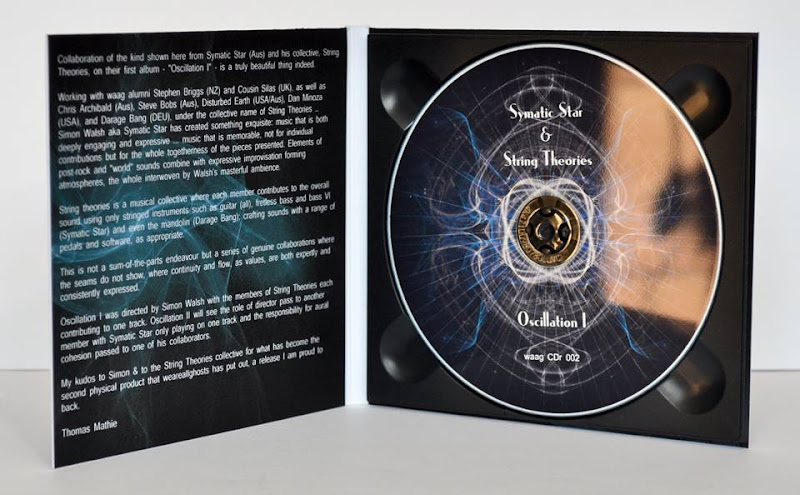 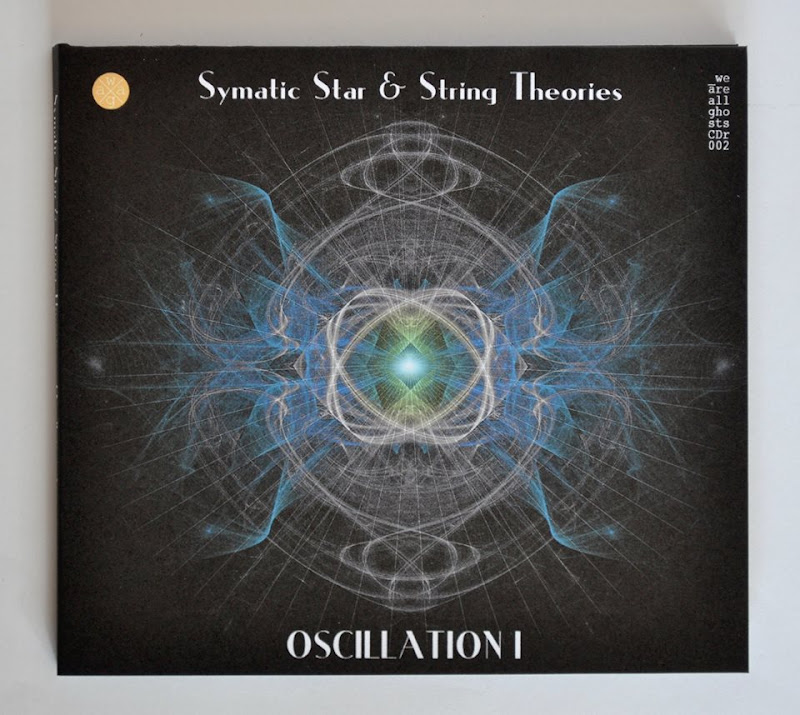 This, the second proper physical release from weareallghosts, features artwork by Sheleah Nahshon in a beautiful digipack created by Brin Coleman (aka Bing Satellites) for scramsons.co.uk.

The CD is currently on pre-order over on our Bandcamp page. If you buy it now you will get 2 tracks immediately (streaming via the free Bandcamp app and as a high-quality download in MP3, FLAC and more) and will receive the complete album the moment it's released on 21st August, 2015;

CDs are priced at £8 + postage and packing with the download (without CD) priced at £6 ... weareallghosts has 75 CDs for sale via our Bandcamp page with the remaining 25 with Simon for local sale in Australia and to pass to the artists who contributed to the making of the album.